Following the historic restoration of ties between Israel and Chad this week, Malian Prime Minister Soumeylou Boubeye Maiga is set to visit Israel in the coming weeks, Israel’s Channel 13 reported on Monday.

Last year, Israeli Prime Minister Benjamin Netanyahu met with Malian President Ibrahim Boubacar Keita on the sidelines of a summit with West African leaders in Liberia where the two agreed to pursue “warm relations,” according to a statement from the PM’s office.

Mali severed ties with Israel in 1973 following the Yom Kippur War, during which Israel faced a surprise attack from several neighboring Arab armies.

Netanyahu, who faces an investigation into his involvement in three separate corruption cases, is up for re-election in April. According to the report, Maiga will visit Israel some time before the elections are held.

If the two countries restore diplomatic relations, Mali would become the second Muslim-majority country to do so under Netanyahu’s leadership.

“Israel is making inroads into the Muslim world. This is the result of a great effort made over the last few years. We’re making history, and we’re turning Israel into a rising world power,” Netanyahu said in a press conference alongside Chadian President Idriss Deby that concluded his one-day trip to formally re-establish ties.

Chad, like Mali, has not had formal relations with Israel since the 1970’s, when the Arab-Israeli conflict drove a wedge between Israel and African countries — many of which were embroiled in liberation struggles of their own.

During his visit to Israel in November, Chad’s Deby told i24NEWS that his country planned to renew diplomatic relations with Israel in the near future.

On his returning flight home from Chad, Netanyahu’s plane was allowed to fly through Sudanese-controlled airspace in a historic first.

Israel’s drive to establish relations with Muslim-majority African nations including Sudan, Mali and Niger has reportedly been driven in part by Israel’s desire to strategically ally Israel so that it can become a world power, despite or maybe even because of regional politics. 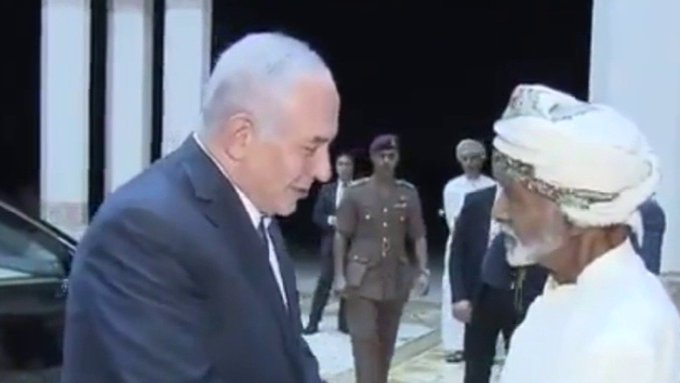 In addition to seeking stronger ties in Africa, Netanyahu has led an unprecedented diplomatic push into the Gulf seeking more open ties with the Arab world.

Israel is said to be actively working towards the establishment of diplomatic relations with Bahrain, following a momentous visit by Netanyahu to Oman in October.

Antisemitic Acts in California Rose 12% in 2019 Despite Overall Hate...