Israel said Monday it would send emergency aid money to Guatemala after a deadly volcanic eruption left at least 25 people dead and cities covered in ash.

The Foreign Ministry said it was sending $10,000 to the country. The money is to go toward buying medicine, food and blankets for those affected.

There was no immediate word on whether Israel would send search and rescue teams or other aid to the country, where lava flows have blocked roads, destroyed bridges and hampered rescue efforts.

“We will later carry out an evaluation with the Guatemalan authorities,” the ministry said in a statement. 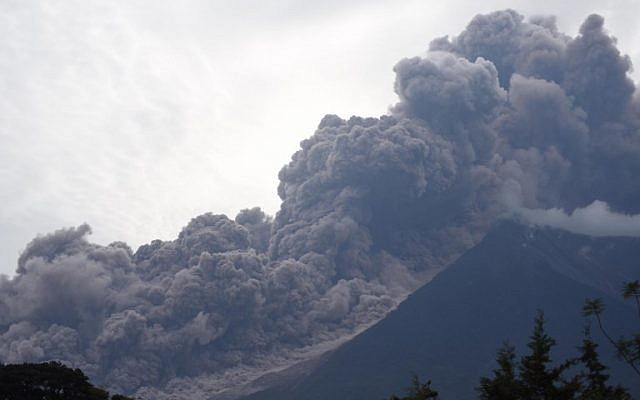 The Volcan de Fuego, Spanish for “volcano of fire,” exploded in a hail of ash and molten rock shortly before noon Sunday, blanketing nearby villages in heavy ash. It then began sending lava flows down the mountain’s flank and across homes and roads around 4 p.m.

Authorities said at least 25 people were killed and 20 more injured, with fears the death toll could rise.

Dramatic video showed a fast-moving lahar, or flow of pyroclastic material and slurry, slamming into and partly destroying a bridge on a highway between Sacatepequez and Escuintla.

Sacatepezuez television published images of a charred landscape where the lava came into contact with homes. Three bodies lay partially buried in ash-colored debris from the volcano, which lies about 27 miles (44 kilometers) from Guatemala City.

“Not everyone was able to get out. I think they ended up buried,” Consuelo Hernandez, a resident of the village of El Rodeo, told the newspaper Diario de Centroamerica.

Homes were still burning in El Rodeo late Sunday, and a charred stench hung over the town.

Hundreds of rescue workers, including firefighters, police and soldiers, worked to help any survivors and recover any more bodies amid the still-smoking lava.

Firefighters said they had seen some people who were trapped, but roads were cut by pyroclastic flows and they had been unable to reach them. 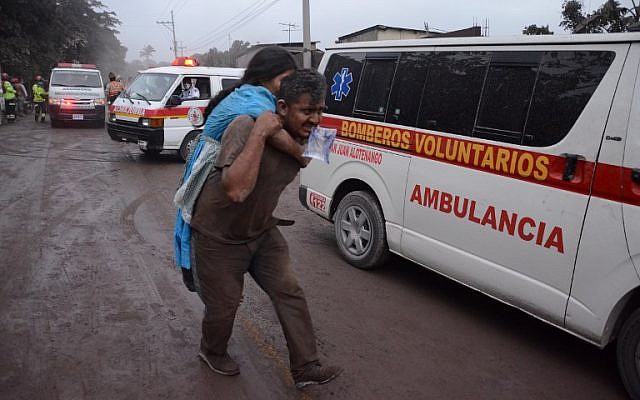 Israel’s ties with Guatemala were significantly upgraded last month when the central American country became the second country to move its embassy to Jerusalem, two days after the US inaugurated its own embassy in the city, answering a longstanding Israeli demand for recognition of the city as their capital.

On May 21 Paraguay became the third country to open its embassy in Jerusalem.

Israel claims the entire city as its eternal capital. Palestinians seek East Jerusalem as their future capital and have been infuriated by the embassy moves.

Most countries maintain embassies in Tel Aviv and have balked at moving them until the international legal status of the city has been resolved in negotiations between Israel and the Palestinians.
Source:  The Times of Israel