Anti-Israel graffiti found on one of Los Angeles’ oldest synagogues on the same day as mass protests over police killing of man in custody.

A synagogue in Los Angeles, California was vandalized with anti-Israel graffiti Saturday.

The graffiti was found on the wall of Congregation Beth Israel, one of the oldest synagogues in Los Angeles, in the Fairfax District and read “F-Israel, Free Palestine”. 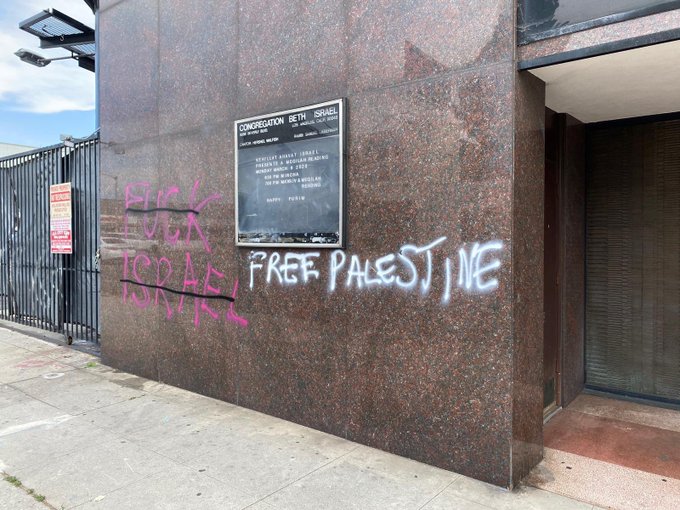 The vandalism occurred as Los Angeles and other parts of the country were rocked by protests over the wrongful death of an African American man in police custody in Minneapolis.

Derek Chauvin, the policeman videotaped pressing down on the neck of detainee George Floyd, was arrested and charged with third-degree murder, Minneapolis authorities reported over the weekend.

Netanyahu: We opened up economy too early, I take responsibility

Netanyahu: We opened up economy too early, I take responsibility