The rising numbers raise new concerns about hospitals filling up in the coming weeks, which has been predicted as coronavirus cases surge to unprecedented levels across the state and, in particular, Los Angeles County.

Multiple new restrictions on personal gatherings and capacity levels at stores take effect Monday. But there are concerns that the surge will get worse before it gets better because of Thanksgiving celebrations and Black Friday shopping — which, though less robust than in normal years, are likely to have caused new infections.

“We were prepared for an increase,” said Barbara Ferrer, the L.A. County public health director. “None of us really thought the increase would be so big across such a short period of time.”

There were 7,415 COVID-19 patients in California hospitals on Saturday, according to the latest numbers released by the state, surpassing the previous high of 7,170, set in July. Only a month earlier, on Oct. 28, about 2,400 COVID-19 patients were in state hospitals.

The death rate is also rising — in Los Angeles County, an average of 30 people are dying of COVID-19 every day, triple the rate from the period around election day. Statewide, an average of 75 deaths were reported daily over the seven-day period before Thanksgiving, compared with 40 in mid-November.

The L.A. County Department of Public Health on Sunday reported 5,014 new coronavirus cases and 19 related deaths. The high tally came despite the fact that case numbers usually drop on the weekends, when some labs don’t report results, and despite officials’ predictions that the number would be lower than usual for several days because no community testing was performed on Thanksgiving, and only limited testing was offered the day after. Officials say that if conditions continue to deteriorate, it may be necessary to issue stricter rules that recall the stay-at-home orders imposed in the spring.

“More restrictive measures? I can’t imagine what that would look like at this point,” said Maria Salinas, president and chief executive of the Los Angeles Area Chamber of Commerce.

She said the business community is concerned with the surge in cases, but many feel the move to shut down outdoor dining was not based on data that proved the virus was spreading among people eating at restaurants.

Health officials have said there’s an elevated risk of spread anywhere people gather with others and eat, drink and linger without wearing masks.

“Here we go again. I am not convinced that shutting down, reopening and shutting down again is effective,” said L.A. County Supervisor Janice Hahn, who, together with Supervisor Kathryn Barger, put forth a proposal that called for the board to allow restaurants to continue to offer outdoor dining. The motion was voted down last week.

“Nothing we have done so far has worked,” Hahn said in a statement. “Our businesses are hurting. Kids aren’t back at school. Our healthcare system is about to be overwhelmed.”

Other supervisors have said they back the tougher measures recommended by health officials.

“When the case rate reaches a certain point, it takes drastic measures to slow down the spread of this tremendously deadly virus,” Supervisor Hilda Solis said in a statement.

Physicians, epidemiologists and infectious-disease experts have been clear: Outdoor restaurant dining is risky, and practices that seemed safe just a few weeks ago are more dangerous now because of the greater levels of virus spreading throughout L.A. County.

Outdoor dining has probably become even more risky as restaurants have set up plastic sheeting to shield diners from wind — the very breezes that help blow away virus particles exhaled by those infected. Without those drafts, the virus hangs in the air longer, facilitating infection.

“I have yet to see someone eat dinner with their mask on,” said Dr. George Rutherford, epidemiologist and infectious-disease expert at UC San Francisco. “Mixing across households — that creates transmission. It’s just the way it is.”

Dr. Robert Kim-Farley, medical epidemiologist and infectious-disease expert at the UCLA Fielding School of Public Health, said Sunday that there’s renewed tension between those who wish to save every life possible and those concerned about a devastated economy. But those two goals aren’t mutually exclusive, he said — a recovering economy requires a virus under control.

“The current increasing of restrictions is trying to find a way to break the back of this current surge, to bring us to a level where we are not endangering our hospital system,” said Kim-Farley, a former senior official with the L.A. County Department of Public Health and U.S. Centers for Disease Control and Prevention.

California’s surge in coronavirus cases began late last month, and new cases are rising more rapidly than they did during the peak of the crisis in mid-July, officials say. Across the state, an average of 13,000 people are testing positive for the virus daily, more than quadruple the rate in late October, when the average was 3,000.

In L.A. County, an average of 4,300 people are testing positive daily; the figure was about 1,000 in mid-October, according to county records. 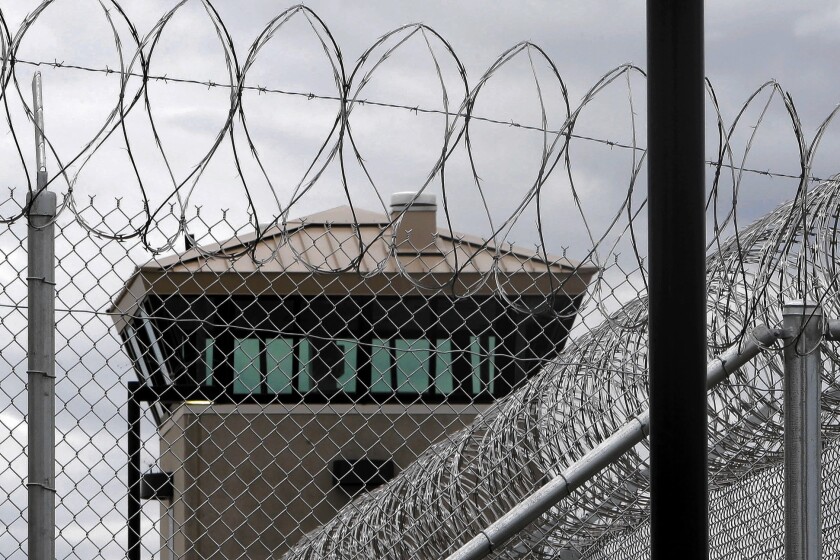 Southern California as a whole has a particularly high infection rate. Over the seven-day period before Thanksgiving, Southern California counties reported a daily average of 40 new coronavirus cases per 100,000 residents, the most on record so far and more than twice as many as in the Bay Area, which reported an average of 17 per 100,000 residents.

The case numbers have been climbing so quickly that officials across the state are warning that hospital beds could run short in a matter of weeks unless something is done to drastically reduce the spread of disease. Should staffing at intensive care units be stretched beyond capacity, the mortality rate will rise. The shortage would affect not only COVID-19 patients but also those who need emergency treatment after accidents or for appendicitis, heart attacks or strokes.

If so, Ferrer said, “we’re in for a very rough time, because we will have a surge on top of a surge.” UK warns new virus variant may be more deadly, could be around ‘forever’