It took almost 10 months for California to record its millionth confirmed coronavirus case.

Now, just six weeks after crossing that milestone, the state is on the cusp of surpassing 2 million.

The staggering rate of growth demonstrates how widely the coronavirus is circulating statewide and underscores the reality that activities and behaviors thought to be relatively safe just weeks ago now carry a higher risk of infection than ever before.

“Without sustained efforts to stop the surge, we can expect that this tragic trajectory will continue,” Los Angeles County Public Health Director Barbara Ferrer said this week.

There are now 1.96 million confirmed coronavirus cases in California, according to data compiled by the Los Angeles Times.

That includes 62,661 new cases reported Monday — by far the most confirmed in a single day since the pandemic began. Nearly 35,000 more were reported Tuesday. 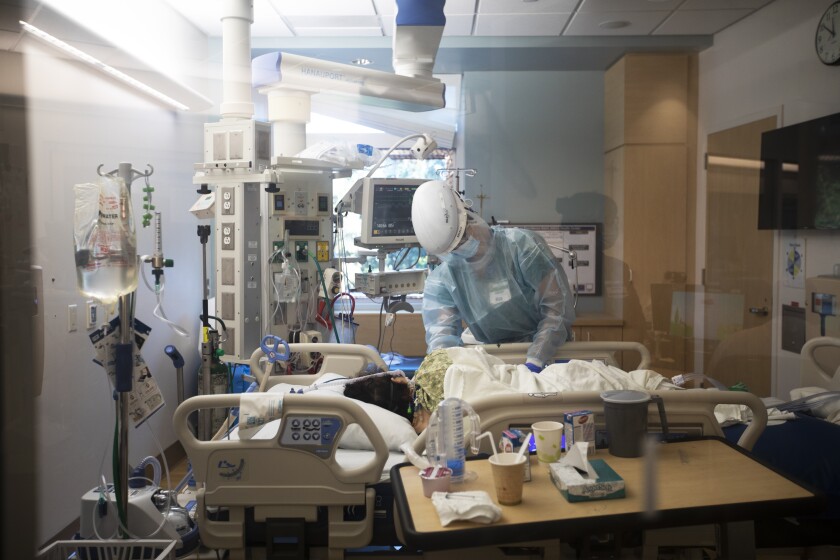 California averaged more than 45,000 new coronavirus cases a day over the past week — more than seven times the comparable figure from six weeks ago.

At that rate, the state will cross the 2-million mark as soon as Wednesday.

Experts say it’s more important than ever to take steps to prevent infection by wearing masks in public, regularly washing your hands and staying home as much as possible.

Experts and officials also warn against traveling and gathering with those you don’t live with over the holidays. The failure of many to follow those restrictions for Thanksgiving, they say, fueled the record infection numbers.

“We are really making a clarion and desperate call to Californians to not repeat what happened at Thanksgiving,” said Dr. Stephen Parodi, associate executive director of the Permanente Medical Group. “And our hospital systems cannot afford to see another increase like we saw with Thanksgiving.” 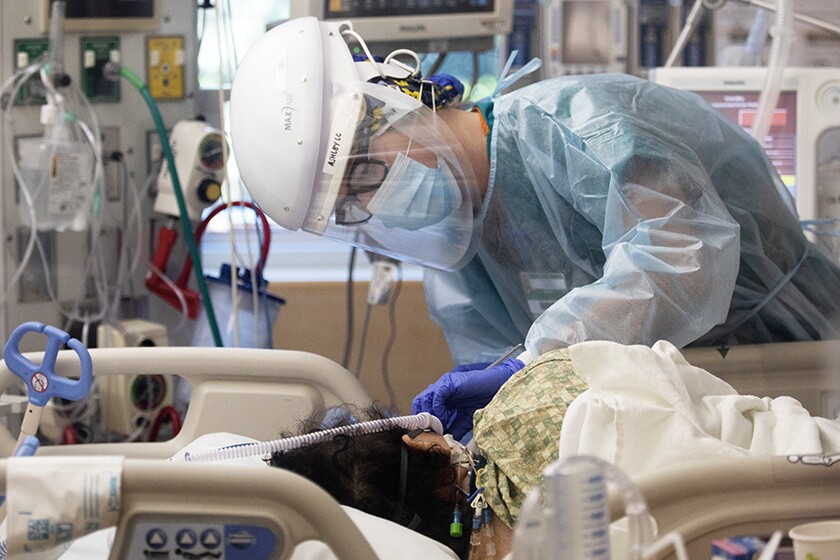