The IDF stated that the tunnel, the sixth it exposed since it launched Operation Northern Shield at the beginning of December, was dug from the village of Ramyeh in Lebanon, ran dozens of meters into Israeli territory, was 180ft deep underground and 2,624ft long, and will be demolished in the coming days, the IDF stated.

Israeli and UNIFIL officials were updated.

The IDF added that with the exposure of this latest tunnel, Operation Northern Shield has come to a conclusion. However, the IDF is still monitoring several sites in which Hezbollah is still digging tunnels into Israeli territory. 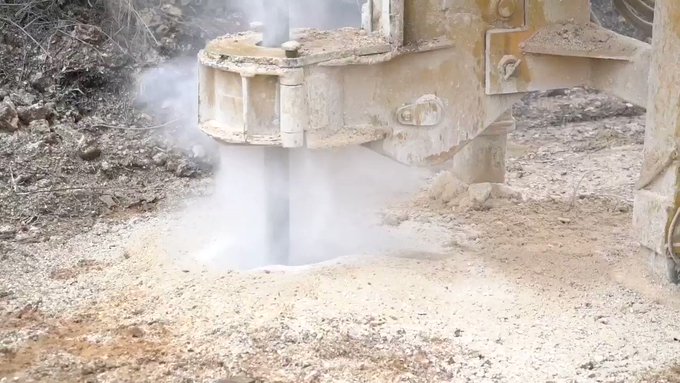 Israel Defense Forces
180ft deep underground
2,624ft dug under #Lebanon
Dozens of yards dug into Israel
This #Hezbollah attack tunnel was dug from the Lebanese village of Ramyeh into Israel & will be neutralized soon.

We have now exposed all attack tunnels dug by Hezbollah from Lebanon into Israel.

Emulating the Hamas terror organization in Gaza, Hezbollah in recent years has been digging tunnels designed to enable the rapid streaming of masses of terrorists into Israeli territory with the objective of seizing key strategic points in the north of the country.

The operation “deprived Hezbollah of a unique offensive capability it has been building over the past years as part of its plan to attack Israeli territory, which it had prepared and wanted to carry out in emergency situations,” the IDF stated.

“The denial of this ability undermined the terror organization’s ability to carry out its plans while improving the security situation in the northern arena and removing a threat from Israeli citizens,” it added.

The operation “implemented advanced operational, intelligence and technological capabilities” for the detection of the underground tunnels, which have been under development “even more during the past few weeks,” the IDF underscored.

The IDF stressed that it viewed the Lebanese government as responsible for all actions emanating from its territory and warned against entering the underground tunnels.

“While Israel’s border with Lebanon has been relatively quiet in the years since the Second Lebanon War in 2006, Hezbollah has been working with Iran’s backing to build-up its military offensive capabilities, and especially its cache of some 150,000 rockets and missiles that could hit almost any point in Israel.

UNIFIL has confirmed that several of the tunnels dug by Hezbollah crossed the Blue Line, in violation of UNSC resolution 1701.

UNSC 1701 was passed in 2006 at the conclusion of the Second Lebanon War, demanding a full cessation of hostilities, a withdrawal by Hezbollah to the Blue Line, and that the government of Lebanon and the  UNIFIL deploy their forces in the South. Israel has repeatedly charged that Hezbollah violated the resolution on many occasions.

Hezbollah has so far remained silent and has not reacted to the IDF’s operation.