The coronavirus variant that emerged in the United Kingdom belongs to the world now, and mounting evidence is confirming some scientists’ early suspicions: It is a super spreader capable of turbocharging the pandemic and muscling less transmissible strains of the virus into oblivion.

Now that the new variant has established a beachhead in the United States and more than 40 other countries, the race to contain it is on. That contest pits humans armed with vaccine, masks and hand sanitizer against a viral strain with a handful of genetic changes that has raised fears from the moment they were detected.

There’s some good news: Researchers who’ve measured and modeled the U.K. variant’s powers have found no reason to believe it makes people sicker once it invades their bodies. Nor does it appear to reduce the time that it takes for a newly infected person to be able to spread the virus — a development that could generate fast-moving waves of new patients.

And other new research strengthens the case that the COVID-19 vaccines being administered across the United States and elsewhere should protect against the new variant.

But other findings are more ominous. Using many distinct methods to track the U.K. variant and compare it to its predecessors, two groups of researchers have concluded that the new strain’s rapid growth across Britain cannot be dismissed as a fluke.

And as fast as the new strain has spread in its native land, it is poised to do even better here. Once it becomes established in the U.S. — a prospect experts view as inevitable — thwarting it will require public health measures more stringent than those adopted so far, a speedier vaccine rollout, and a greatly increased willingness to be immunized.

“We’re losing the race with coronavirus — it’s infecting people much faster than we can get vaccine into people’s arms, and it’s overcoming our social distancing,” said University of Florida biologist Derek Cummings, an expert in emerging pathogens. “Now there’s this variant that will make that race even harder.”

‘We’re losing the race with coronavirus. … Now there’s this variant that will make that race even harder.’

The new variant’s genetic changes appear to have increased its transmissibility by about 56%, according to the new research, though it could be as low as 40% and as high as 70%.

With this competitive advantage, it will quickly become the most commonly encountered strain in any region where it gains a toehold. As it does so, coronavirus infections — and the increased illness, hospitalizations and deaths that result — will blow up.

“The bottom line is it will be harder to control this new variant if it takes over,” said Ira Longini, a University of Florida infectious disease modeler who was not involved in either of the British studies.

And it will take over, he added.

The new variant’s superpower, as evidenced in Britain, is its ability to plow through public health guardrails and propagate with ease. It was spreading for at least a month and likely longer before it was detected by sharp-eyed (and well-funded) geneticists in the United Kingdom.

Travel bans were predictably useless at bottling it up. The variant, known to scientists as B.1.1.7, has turned up in 47 countries so far, including ones as far-flung as Australia, Chile and Japan.

As recently as 2009, disease hunters have seen strains of influenza virus with just a few new genetic tweaks wipe out existing strains in the span of a year, Longini said.

“I don’t see what would stop it,” he said. “It should be spread across the planet.”

What does such enhanced transmissibility mean? Imagine a party of maskless people, none of whom have immunity to the SARS-CoV-2 virus. If a single person carrying a typical strain walks in and mingles for a few hours, two to three additional people will likely go home infected.

If the same partygoer were infected with B.1.1.7, the virus would find 3.5 to 4.3 new victims in the course of that same event.

That difference may seem small, but as new generations are infected, its effect will be magnified. In a month, a single person with the U.K variant could generate 150 new infections — nearly quadruple the 39 cases that would result from a person with an older strain of the coronavirus. 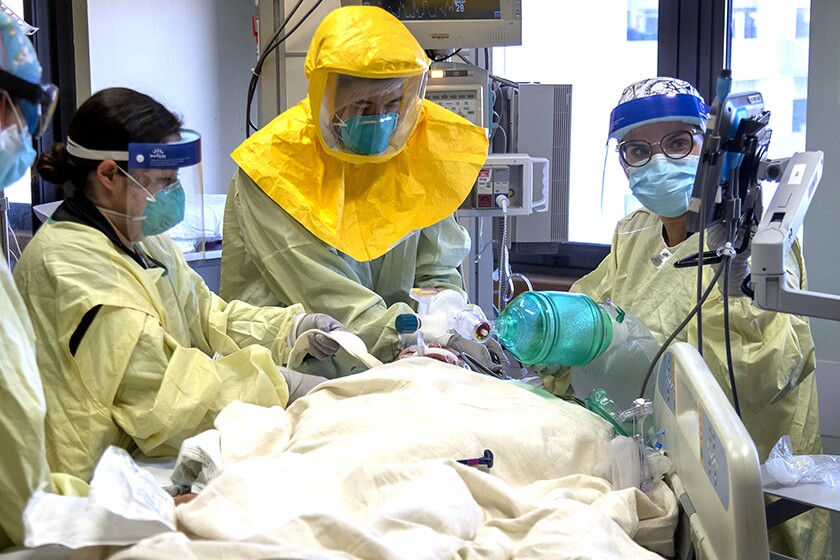 In reality, the U.K. variant would probably meet a bit more resistance in the United States. At this point in the pandemic, as many as 1 in 5 party guests have already been infected and gained some measure of immunity that could be helpful. In addition, some social distancing is likely to be observed, the party might be held outside, and many attendees would wear masks.

Under these circumstances, someone with a typical SARS-CoV-2 strain would likely find a single person to infect; on a rare lucky night for the virus, two people would leave infected. At this rate, the pandemic grows at a relatively stately pace, and after a month, a total of three people have been infected.

B.1.1.7 changes this picture. A carrier at the same party would pass on his infection to 1.5 to two other victims. After a month, the initial case results in 11 to 16 new infections.

In the contest among viral strains, this competitive advantage is important. A virus’ goal is to find and invade new bodies. The variant that manages to capture more of them, and in turn infect yet more bodies, will vault ahead of its competitors and establish its dominion.

In short order, the more timid strains are crowded out of the landscape altogether, and the brash newcomer is calling the shots of the pandemic.

For instance, experts warn that B.1.1.7’s increased transmissibility will drive up the proportion of the population that needs to be vaccinated to achieve herd immunity and bring the pandemic to a halt. 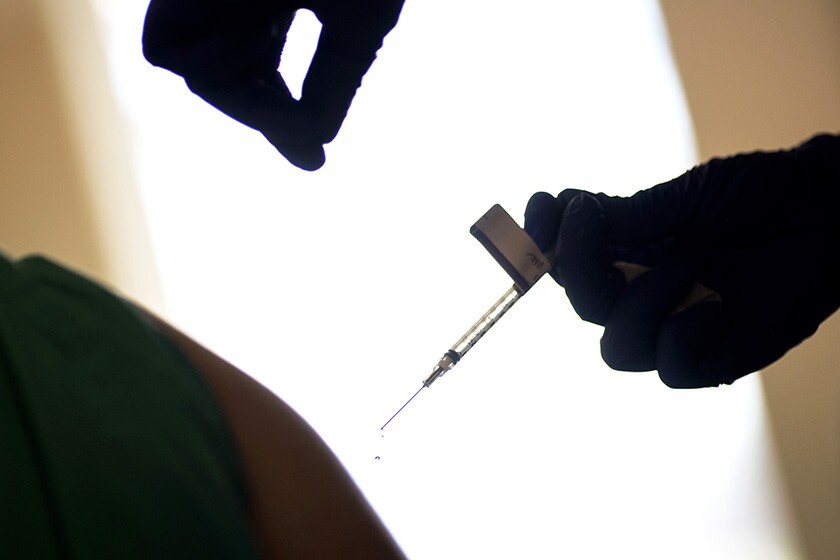 In Britain, the increased infectiousness of the U.K. strain was demonstrated by two groups of researchers using multiple techniques.

The first group, an influential team of infectious disease modelers from Imperial College London, used genetic sequencing techniques that allowed them to time-stamp infections and track the virus’ progress through a population. They compared B.1.1.7’s growth in three distinct regions of England and found similar patterns of growth in all of them.

For further confirmation, they examined hundreds of positive coronavirus tests. In the rudimentary genetic screen that is widely used to confirm an infection, the U.K. strain trips a telltale signal, betraying the presence of changes unique to it.

By this measure, too, the location and growth rates of the new genetic variant — and its consistent ability to elbow other strains aside — allowed researchers to estimate how much more transmissible it is. And it told them its rapid growth could not be explained by local conditions (such as a particularly vulnerable population of senior citizens) or environmental circumstances (such as colder weather that forced people to spend more time gathered indoors) that favored the new variant over existing viral strains.

The second group of researchers, from the London School of Hygiene and Tropical Medicine, used many of the same techniques. They fitted outbreak data into mathematical models to show the similarity of B.1.1.7’s footprint across different regions and explore possible reasons for the consistency they observed.

They concluded that the rapid rise of infections in Britain had to be fueled by one or more of the changes in the new variant’s genetic code, though they aren’t sure which ones made the difference.

It’s an inference. But experts said it is a good one.

“If you gave me one piece of evidence from these studies, I’d say I don’t fully buy it,” said UC Irvine biostatistician Vladimir Minin, who was not involved in either study. “But the authors have provided quite a bit of evidence that even the more skeptical among us could not dismiss. This is pretty solid evidence that this is really a faster-spreading virus.”

‘This is pretty solid evidence that this is really a faster-spreading virus.’