The Pittsburgh Post-Gazette has printed a front-page tribute in Hebrew to the victims of the synagogue attack and in solidarity with the local Jewish community. The headline is from the Jewish mourners’ prayer known as the Kaddish—one of the most well-known prayers said at Jewish funeral services.

The prayer will be recited at the Tree of Life synagogue tonight on the first Sabbath since 11 worshippers were killed by a gunman last Saturday. The Kaddish is recited to honor the dead and reaffirm a commitment to God after the death of a loved one. The line translates as: “Magnificent and sanctified be your name.” Historian Aaron Astor wrote about the headline: “The Jewish Mourners’ Kaddish is one of the most important prayers of all. This was a very moving gesture by the Pittsburgh Post-Gazette to post it as the headline.” 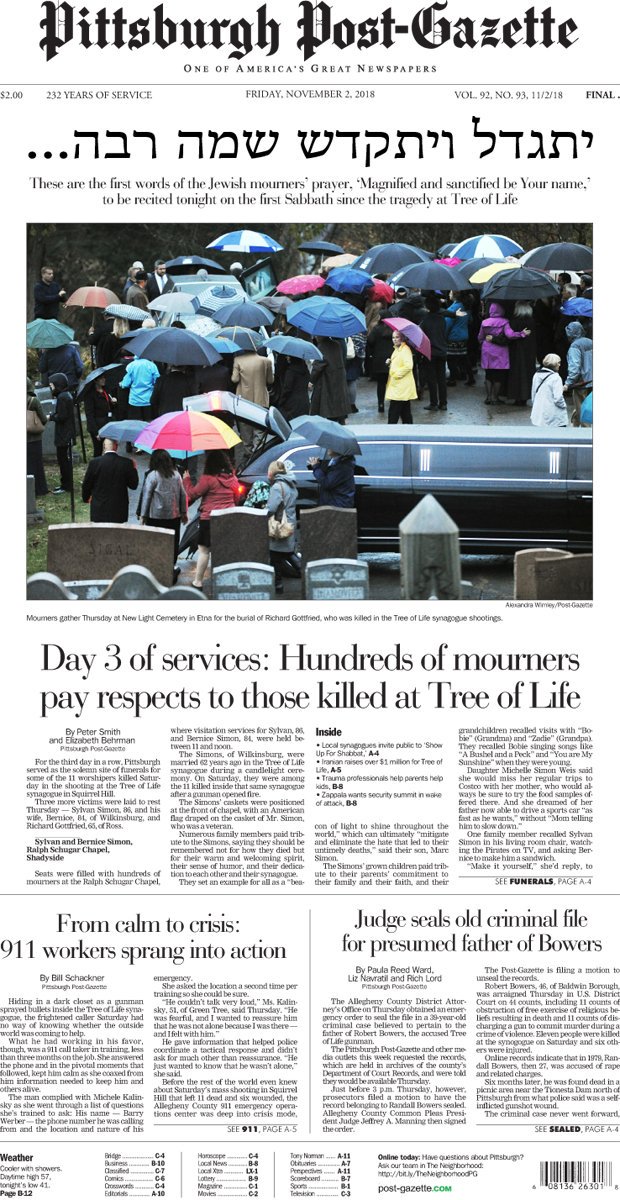 “Magnified and sanctified be Your name”

These are the first words of the Jewish mourners’ prayer, which will be recited tonight on the first Sabbath since the Tree of Life Synagogue shooting.