With California staring down the barrel of another significant coronavirus surge, health officials are recommending residents avoid unnecessary travel — including for Thanksgiving — and urging those who do head out of state to self-quarantine for 14 days when they return.

The move comes amid ominous new signs that California is in the midst of a major new outbreak. Weekly coronavirus cases have doubled in just the last month, from nearly 23,000 cases a week a month ago to almost 48,000 in the seven-day period that ended Thursday, according to a Los Angeles Times analysis.

Los Angeles, Orange, Riverside, San Bernardino and Ventura counties have seen their combined weekly cases shoot up from about 13,000 to 26,000 over the last month. San Diego County saw its weekly cases rise from about 2,000 to 3,700 over the same time period. The county set a record this week with its highest single-day number of confirmed cases reported: 661.

Officials fear the situation could get much worse if people let down their guard during the Thanksgiving holiday.

Though they were quick to point out that the state travel advisory issued Friday is just that — “it isn’t a ban; it isn’t a restriction,” California Health and Human Services Secretary Dr. Mark Ghaly said — officials nonetheless hope that residents take the guidance to heart.

“We’re encouraging Californians to stay close to home, to avoid nonessential travel to other states, other countries and, frankly, across the state if that’s avoidable,” Ghaly said.

The advisory, which Gov. Gavin Newsom announced in conjunction with his counterparts in Oregon and Washington, also asks those who arrive in California from another state or country to self-quarantine for 14 days.

Essential travel, as defined by the advisory, is “for work and study, critical infrastructure support, economic services and supply chains, health, immediate medical care and safety and security,” according to Newsom’s office. 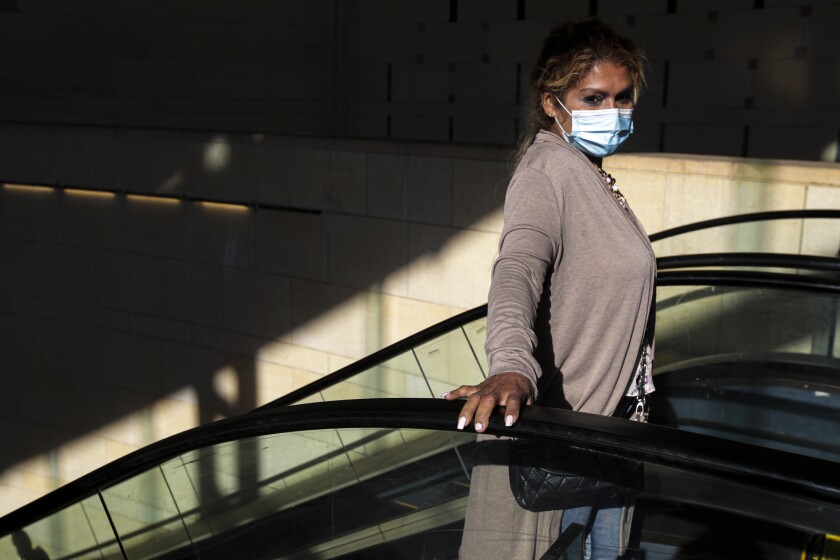 “Increased cases are adding pressure on our hospital systems and threatening the lives of seniors, essential workers and vulnerable Californians,” Newsom said in a statement. “Travel increases the risk of spreading COVID-19, and we must all collectively increase our efforts at this time to keep the virus at bay and save lives.”

Ghaly emphasized that residents can reinforce the battle against COVID-19 by taking steps to protect themselves and their loves ones: Wearing masks in public, regular hand washing, staying home when ill, maintaining physical distance and, of particular importance with the holidays just around the corner, avoiding gathering with those outside your household.

California has generally banned large gatherings, but says shorter, smaller ones of no more than three households may be held, provided they take place outdoors in the hardest-hit counties, and that attendees physically distance and wear face coverings.

The worry, though, is that guidance may fall on the deaf ears of coronavirus-weary Californians. 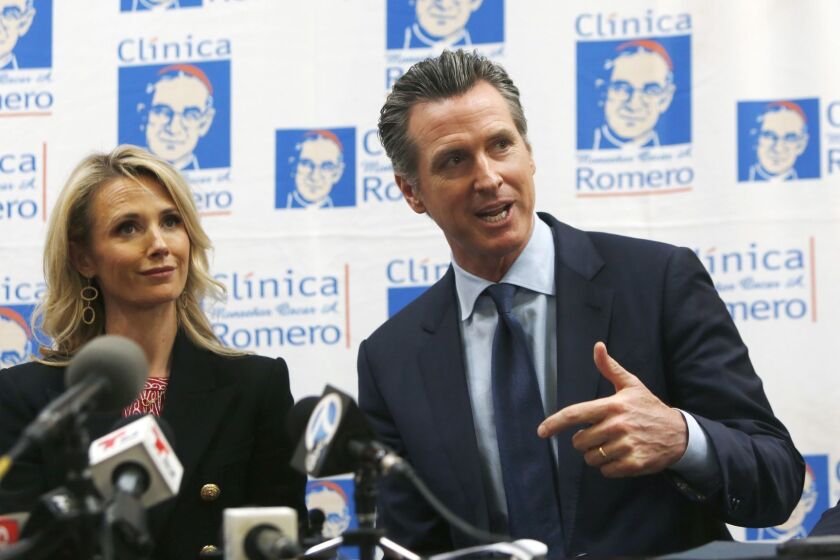 The travel advisory represents but the latest challenge to residents’ resolve, and comes as California grapples with a pandemic that is accelerating at an alarming rate — jeopardizing not only public health, but the counties’ ability to progress with further economic reopenings, or even cling to the progress they’ve made over the last few difficult months.

“Every single action that people take is going to help keep people out of the hospital,” Cody said. “It’s going to keep us from needing to order up morgue space. And it’s going to enable our businesses to get back more quickly.”

Officials in Los Angeles County have also raised the specter of renewed restrictions should case rates continue to rise.

If necessary, those could include “further reducing occupancy at sites that are open, limiting hours of operation at nonessential sectors and restricting higher-risk activities,” according to a statement from the county Department of Public Health.

“We would not want to return to stricter safer-at-home orders unless we anticipate a threat to our healthcare system,” the statement continued. 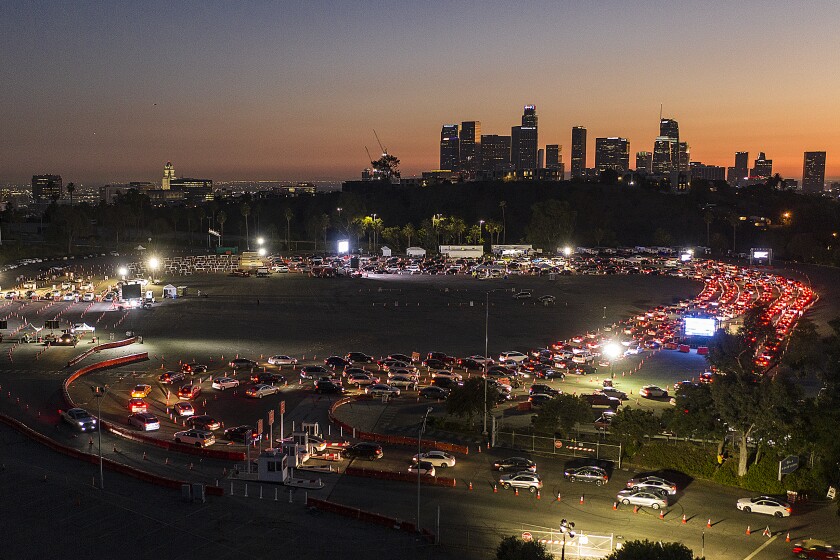 The seven-county Sacramento area has experienced a particularly dramatic surge — from nearly 900 cases in the week of Oct. 9 to more than 3,100 in the last week.

Typically, “about 12% of those cases end up in the hospital,” Ghaly said, “and when you look at a high number of cases day over day, and that’s sustained, that’s exactly what we worry about in terms of overwhelming our hospital system.”

Hospitalizations have risen by nearly 50% in the last month. The rate at which coronavirus tests are coming back positive over a seven-day period has swung up 67%, from 2.58% a month ago to 4.29%.

As the surge continues, a wave of potential new closures and restrictions threatens to crash down on businesses statewide in what would be the latest broadside suffered by an already battered economy.

However, Ghaly said the state is “not looking, today, at a statewide stay-at-home order.”

“All of that said, this is a quickly, rapidly evolving situation, and we will do whatever it takes to make sure that we appropriately protect the public health of California,” he said.

Reopening businesses and activities is guided by the state’s four-tiered, color-coded system. The tiers begin with purple, the most restrictive, then shift to red, then orange, then yellow — each carrying its own limitations on what kinds of businesses can reopen, and how widely they can do so.

Ghaly said the state plans to stick by the current road map, which categorizes counties based on their average daily number of new COVID-19 cases for every 100,000 residents and the percentage of conducted tests that detect the virus.

He said there is an “emergency brake” built into the system so the state can more rapidly respond to changing conditions.

Counties typically regress if their metrics fall in the range of a more restrictive tier for two straight weeks. If the numbers merit, Ghaly said it’s possible the state could consider reclassifying them based on one week’s worth of data — or perhaps move them back multiple tiers at once.

Just this week, 11 counties regressed to more restrictive tiers, and Ghaly said even more are at risk of doing so next week.

Santa Clara County is currently in the orange tier, but expects to slide back into red next week.

Effective Tuesday, the county will order indoor restaurant dining closed. Capacity at indoor gyms will be reduced from 25% to 10%; outdoor bars will be ordered closed; wineries will be allowed to operate only outdoors; bowling alleys and other indoor family entertainment centers will be shut; and retail businesses will be subject to a 50% capacity restriction, instead of having no limit.

“Acting quickly helps bring things under control faster, and that’s generally true of something where you have an exponential growth curve, like we see with this virus,” County Counsel James Williams said Friday.

Still, officials and experts say residents can promote both public and economic health by doing their part to stymie the spread of the coronavirus.

“We know and feel and hear about the hurt of many businesses, and the difficulty,” Ghaly said. “But we continue to believe that this is not a choice between health and business — that that’s a false choice, that what we really need to do is do everything we can at this moment to get these very rapidly rising cases back down.”