Police were investigating an act of anti-Semitic vandalism at a synagogue in Tarzana Wednesday.

“It’s really hurtful, all the members here are being hurt,” synagogue Executive Director Rabbi Shlomo Haghighi told KCAL9. “It’s such a thing that someone (passes) by the synagogue and (writes) something on the wall. It’s hurtful.”

According to the Los Angeles Police Department, the vandalism was reported about 9:55 a.m. Tuesday. 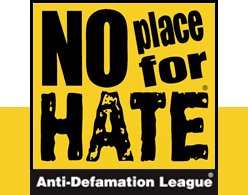 I’ve been notified that someone vandalized the walls of the Mishkan Torah Synagogue in Tarzana with anti-Semitic graffiti.

We await news from @LAPD about their investigation, and my staff and I stand ready to assist if there is anything we can do to help.

What really happened in the skies near Israel’s nuclear reactor?

The ADL no longer seems to speak for Jews

Amnesty Int’l, While Bashing Israeli ‘Discrimination’, Exposed for Rampant Racism Against Own Staff